How to use NodeMCU Getting started with NodeMcu the Basics 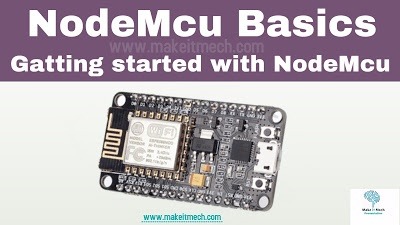 Welcome to the first Tutorial of NodeMcu. In this tutorial, we will learn about NodeMcu board.Why we use the NodeMcu. How to use NodeMcu and installation of NodeMcu with Arduino IDE. We will see some projects with NodeMcu after first 10 basic Tutorials.
So here are the Contents for today:

NodeMcu is an open source IoT platform based upon esp8266. NodeMcu is a cheap Wifi module with an open source hardware. The board is quite similar to the Arduino nano board but it has some great features as compared to the Arduino board. The best thing as it appears to its wifi capability. We can connect the module to the wifi Router or any wifi network.This can be very useful in many applications.It has an open source hardware as Arduino. The cool part is that we just install the module from Arduino IDE and it can work and program in Arduino IDE.

This cheap wifi module can be utilized in many interesting projects.We will see some of the great projects with NodeMcu in coming posts.

Why  to Use NodeMcu

NodeMcu esp 8266 -12 is an Arduino Compatible platform. The module is usually used for Wifi based applications. This cheap wifi module is also used as an open source hardware. The module can be programmed with Arduino IDE.The Module is useful in many ways we can control many things using wifi communication.the module has few pins for output connections. The module is suitable for the bread board and easily programmable.

The NodeMcu has on board ESP8266-12E that makes the board suitable for IoT. The inbuilt 3.3 volts regulator.The module has UART pins the RX and TX pins and a micro USB port for program uploading.The physical appearance is much similar to the Arduino nano board. 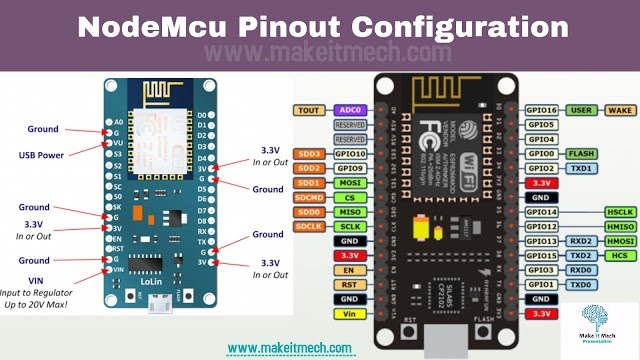 The NodeMcu development Kit has the following Specifications:

Installation of NodeMcu in Arduino IDE

Follow the steps to install the NodeMcu setup in Arduino IDE:

Now in the search field type :

Now that’s it! We have installed the setup for NodeMcu. Select the NodeMcu board same as we select for Arduino boards like nano, Uno or Mega. Select Esp-12E module this time.

If the Arduino IDE doesn’t recognize the port for  NodeMcu update the drivers from the Device manager.

For the testing the board Go to the examples and Run a simple Blink Code : 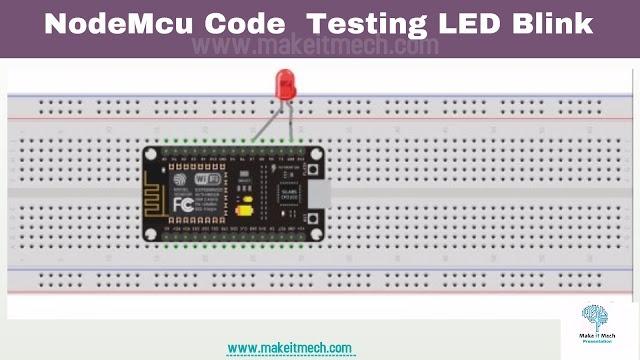 So here is the Basic Tutorial about NodeMcu. This is the basic setup that we need before moving towards the next tutorials.In the coming tutorials, we will see some of the great projects with NodeMcu. Stay connected with us and  Subscribe to our YouTube  Channel.
Stay Happy and Stay Motivated.